The intention with this project has been to create a collective housing structure that reflects the concept of network
living in a dense urban context while giving spacious quality to the surrounding context as well as the internal life
in the building.
The project follows two main aspects that have given it birth by every meaning: aspect, functionality, flexibility in
use, structure, possibility of actual existence. The first aspect regards the site, which has an overview appearance
of an “under construction” area, like a fabric texture made of too many materials.
The question that arises is: how should the living “in-between” be like? In a city where urban development has just
begun, where architectural improvement is demanded by the new society.
The answer regarding the living typology requested here, is completed by the second main aspect, which, more
conceptually, explains the plans, defines the spaces. It’s about defining the actual meaning of “collective housing”
in the way people are affected by it in reality.
The project consists of 24 living-units: 1-4 rooms apartments located in a modern building, with 2 to 5 floors hight,
offering access to a cafe and a pool on the roof. 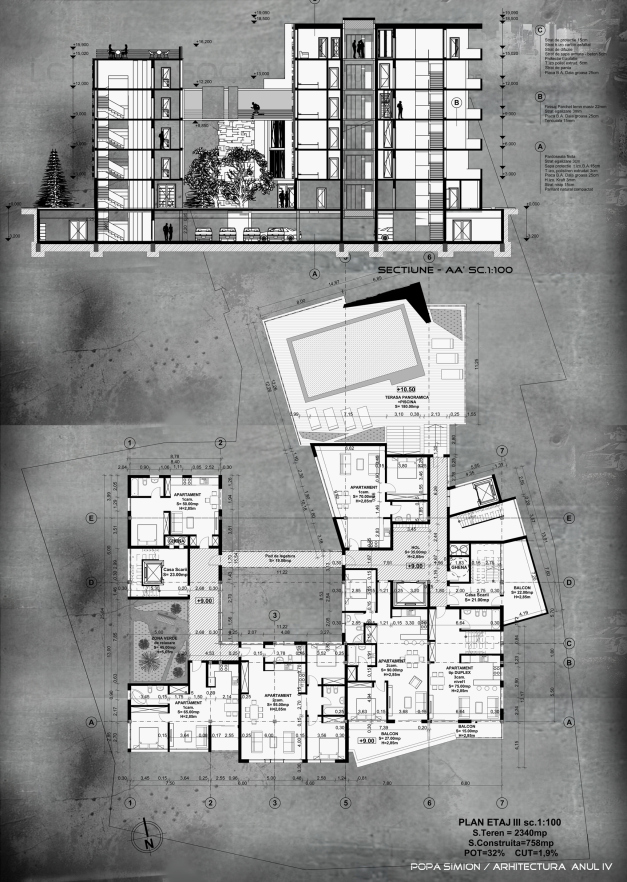